Reading Challenge - A Number in the Title

Well..... This could only be one book, right? And if you think what I'm thinking, scream it out loud: "FOUR" by Veronica Roth. 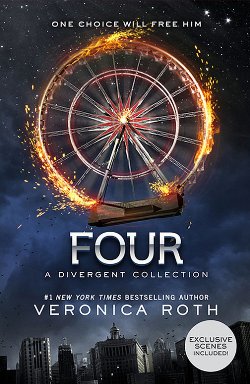 I read this book right after Insurgent came out, last year. I adored all three books of the Divergent series and I read them all after I watched the first movie. Suddenly, after watching Insurgent I felt like I wanted to read more and since Four is... well... such a great guy (wink), I picked up this book and read it in two days!

Safe to say, this brings nothing new to the story but it gives us a perspective from Four's POV which is nice and different. I liked it almost as much as I like Four.

“You’re the one who has to live with your choice" she says."Everyone else will get over it, move on, no matter what you decide. But you never will.”