Reading Challenge - A Book turned into a TV Show

This choice was so easy because I got super hooked on this tv show and I binge watched like two seasons of it and then I had to wait a few months until the show was back on so I decided to grab the book (or books, since it's a trilogy) and read it and learn more about the series. 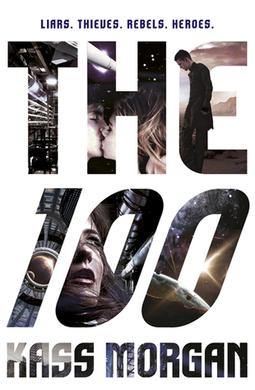 Now, the book/show I'm talking about is "The 100" and the book was written by Kass Morgan.

By this small introduction you can see how much I adore The 100 so imagine how much I mean it when I tell you that the book SUCKS. It sucks so bad and on so many levels that I don't even know how I finished it????

To begin in, half of the characters that make the show what it is don't even exist in the book which makes it a little hard for me to believe how it's possible to have such two different things but okay.... maybe book 2 and 3 are just like 'Book 1 was a dream, it never existed, here's the real story' but I'll never know 'cause I'll never ever read them. Because my favorites characters don't even exist!

And also, it's not even small differences no, it's big ones: like Clarke's mum not existing in the book when she is a main person in the show???

And anyways, that romance between Clarke and Bellamy that we are still waiting on in the show (and that, truth to be told, I don't even want it to happen) happens in like the 2nd chapter??? What?

I'm not even going to get started on the writing. Urgh. No. No. No.

Ayways, here is my quote of the book:
“You need to let yourself be happy. Or else, what's the point of anything?”